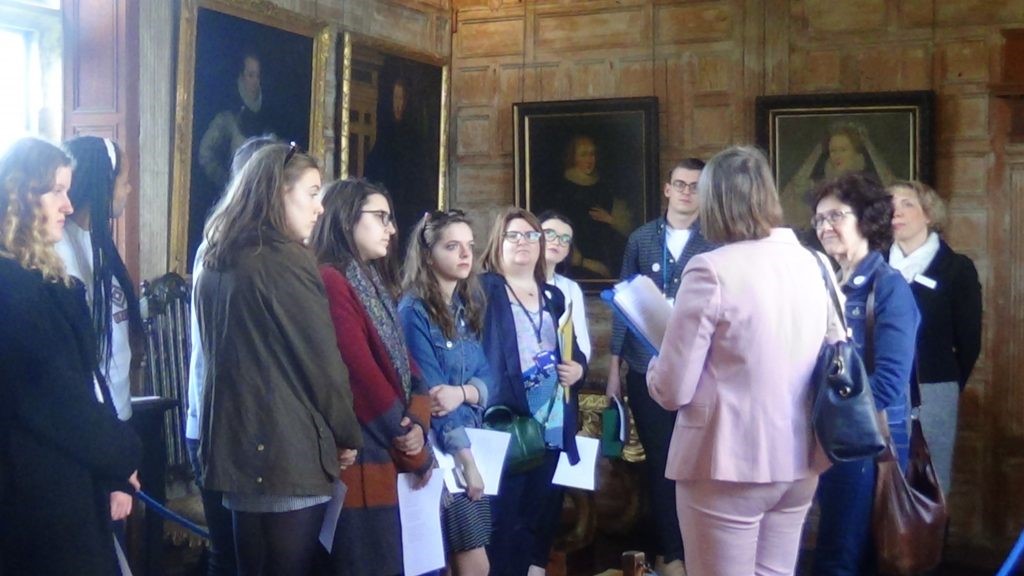 The IVE Programme encourages a culture of intellectual expansion through a programme of innovative and visionary lectures and original research projects which embodies the principles of academic endeavour. The IVE Programme also provides a link to the original spirit of the Langton Girls’ Grammar School and the symbol of the ivy leaf which the girls used to wear to Commemoration in the nineteenth century.  It aims to facilitate and underpin the three C’s that universities and employers value in an ever-competitive market: curiosity, confidence and capability.

In 2016, over 260 organisations contributed to a Heritage Lottery Fund study of skills shortages in the heritage industry in the following two areas:

Industry leaders highlighted that there is a growing skills gap in the following areas:

Research Theme Two: Has the memory of twentieth century conflict been conserved in local, national and international perspectives?

Research Theme Three: Can individuality be conserved in the era of post-truth?

Research Theme Five: Why should we fight to conserve our ecological present and our anthropological past?

14th September – How have the public memory and acts of public commemoration and conservation been impacted by First World War literature? (Dr Andrew Palmer, Principal Lecturer in Modern Literature, CCCU)

21st September - How has the public memory of Great War shell-shocked veterans been rehabilitated over the last 100 years? (Ms K Cameron-Fleming)

5th October – How has the memory of the rise of Francoism been conserved on a local, national and international level? (Mr D Stalley)

19th October – Why are we only just remembering ‘Shakespeare’s Sister’? (Professor Alison Findlay, University of Lancaster, Chair of the British Shakespeare Association)

9th November – Has Brexit and the era of ‘Post-Truth’ impacted on the conservation of individual identity? – (Mr G Homerston)

23rd November – How has the memory of the Cold War been conserved on a national and international level? (Ms K Cameron-Fleming)

30th November –To what extent is food security addressing global inequalities such as poverty, starvation and disease? (Mrs S Bennett) Please note that this may have to be rescheduled to 11th January 2019.  Details to follow.

7th December – Teeth from past to present: what do they tell us about human evolution? (Dr Mona Le Luyer, Postdoctoral Research Fellow University of Kent)

In 2018, Year 12 sixth form students were given the exciting opportunity to work alongside Professor Alison Findlay, Chair of the British Shakespeare Association, in her ground-breaking research into Lady Mary Wroth’s Love’s Victory.

To find out more about the work our students were involved in, follow the below links to the ‘Shakespeare and his Sisters’ project website:

What the students say:

‘Participating in a ground-breaking research project dedicated to Lady Mary Wroth’s Love’s Victory has allowed me to explore a female contemporary of Shakespeare and to participate in play readings and enabled me to undergo my own research into how women during the time were able to speak out against patriarchal influence through literature. It has opened my mind to the time period’s ideas and language and Wroth’s own struggles of being a female writer in an androcentric world. I have learned from Professor Alison Findlay who runs the project and have been able to discuss the poetry and lyrics of Wroth with an academic figure’.

We firmly believe that for pupils to do well, they have to feel good about being at school and good about themselves. We encourage our students to aspire to excellence throughout the relationships that they develop between themselves and their teachers, built on encouragement, sensitivity to needs and mutual respect. This is at least as important as the knowledge they learn in the formal and informal curriculum. Paper copies of information held on the school website can be requested from the School Office.