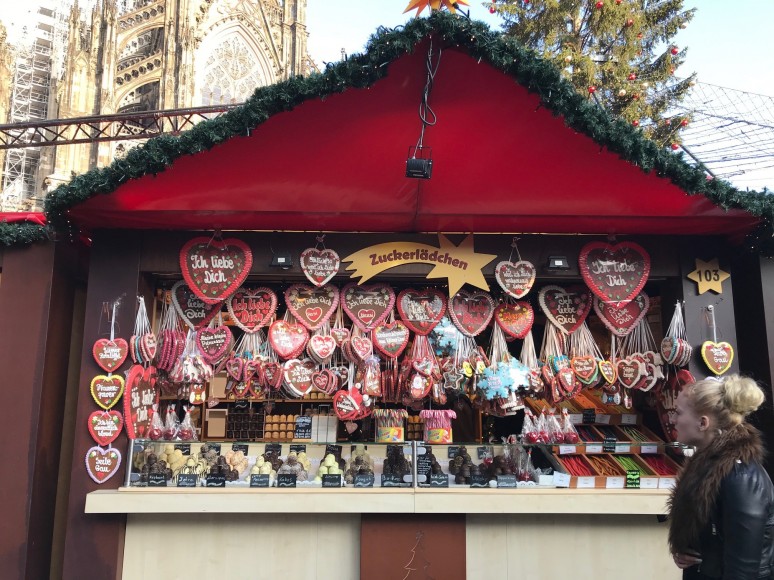 The German Trip was really too incredible for words, but I will attempt to nonetheless.

Cologne itself was beautiful. I would describe it as like London but cleaner and with trams zipping along the streets. Decorations of all varieties were scattered around, including a Christmas tree on the top of a crane near the Cathedral. Because of its beauty, Cologne often distracted me when we were travelling as a group (which I think the teachers would agree is hard enough without distraction) I nearly walked into the bike lanes multiple times (whoops).

Of course I could talk about the general city all day but I think I should outline what we did and, of course, give you some of my thoughts.

The trip started at 6:15am. Although this sounds ridiculously early, it was alright because the excitement was contagious and kept us going. I stumbled onto the coach and took a seat opposite my friends and I knew this was going to be incredible before it had even properly started.

As coaches are comfortable and I was around my friends, the trip was uneventful apart from one stop at a petrol/service station. At the station, everyone suddenly realised they needed change to use the toilets. The negotiation had begun. Around the station there were groups of friends deciding what to do. Some decided to buy a meal to get some change, while others had brought spare change from other holidays with them. When the bartering and borrowing was done, we returned to the coach.

As soon as our coach had arrived the tension began to build. Who would we be in a room with? Would all of my friends be able to fit into one room? What if everyone else got a room together and I didn’t. As Mrs Pollard read out who was in each room my friends and I glanced at each other nervously, understanding each other’s nervousness. In the end all the worry wasn’t worth it as luck was in our favour, we all ended up in the same room. The room was wonderful! Each bed was equipped with a rail at the side, a light and a charger, but there was just one problem. We had to put our own sheets on the bed. I have never seen a worse bunch of sheet-changers. All but Kacie truly struggled with their sheet- it wasn’t a pretty sight.

Nonetheless we all managed it! We had dinner and walked to the first market. In my opinion, this was the best of the three markets we visited. The decorations were simple, yet beautiful, and the whole market was filled with people that spread the Christmas cheer. Sweet smells wafted around the stalls as we strolled around the market, buying gifts and snacks.

There were angels walking around too, lifting their winged arms and talking to people. One particular angel must’ve been wearing stilts as they were much taller than everyone else. Their dress had fairy lights and stars all over it, making sure you always knew where the angel was.

After that we went back to the hotel and got ready for bed. After a long game of truth or dare we decided to head to bed. The second day was just as amazing, if not better. Breakfast was short and sweet and we made our way to Cologne cathedral quickly. We walked cheerfully down the shopping streets, pointing out the shops we wanted to go to, oblivious to the sight we were about to behold. No one expected to see the top of the cathedral towering above the shops. It was incredible! I don’t think there was a single person who didn’t go ‘woah’ when they saw it- you could tell that from the chatter that arose when we saw it.

The climb to the top was, I think we can all agree, incredibly scary. Not only did we have to switch to the inside of the steps (which was much smaller and 100% more terrifying) multiple times but at the end of the climb, the steps were made of metal with gaps we could see through. The view was worth it though, despite everyone ending up with shaking legs.

Next to the cathedral was another market- this is when I decided to eat everything I could. I had chips, chocolate and 2 bratwurst. They were all delicious but I was excited to get to a particular shop I had seen on the way. This shop was a nerd’s wonderland with everything from Harry Potter to Zelda and Pokemon. There was also a LEGO shop which helped me with presents for my family.

Before we made our way to the last market, we went bowling- a tricky sport but fun nonetheless. As others dominated the bowling pins, I dominated the gutter, keeping my record of coming last in every bowling game strong. 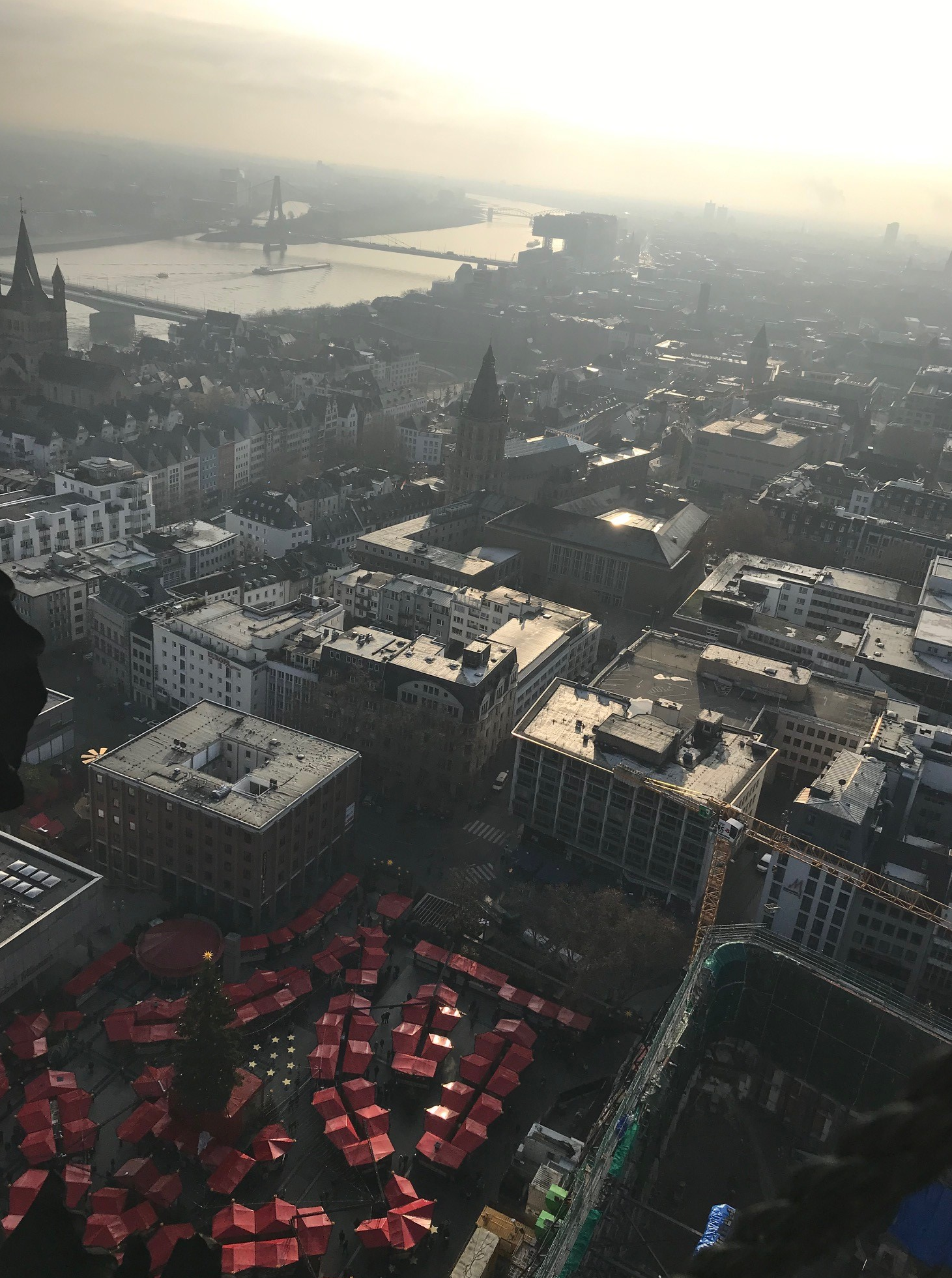 The last market was pretty as it had a bridge that connected two halves over a river. I didn’t buy anything from this one but that wasn’t a problem as it was a lovely ending to the trip.

The last day was uneventful as we had an early rise so we could catch the train across the channel in time. Again we stopped at a service station and got free crisps.

If I had to describe this trip briefly I would simply say that there is something for everyone. There is a cathedral for those who like history, food for those who come to try everything they can as well as the city being perfect for gift buying.

Back to News RSS Feed

Also in the news

We firmly believe that for pupils to do well, they have to feel good about being at school and good about themselves. We encourage our students to aspire to excellence throughout the relationships that they develop between themselves and their teachers, built on encouragement, sensitivity to needs and mutual respect. This is at least as important as the knowledge they learn in the formal and informal curriculum. Paper copies of information held on the school website can be requested from the School Office.